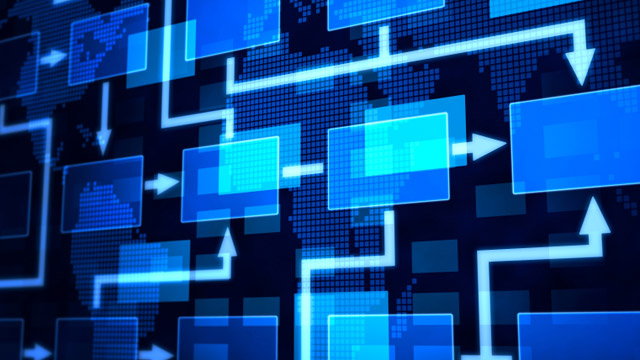 Working with VM Storage Policy in a VMware vSAN cluster

In a previous topic, I have described how to deploy a VMware vSAN cluster. VMware vSAN enables to create a hyperconverged cluster in the vSphere environment. The last time we saw how to deploy this cluster by configuring, ESXi hosts, distributed switch and the storage. Now that the cluster is working, we can deploy VMs inside the vSAN datastore. To ensure the resilience of the VM storage in case of a fault (a storage device issue, an ESX host down and so on) and to ensure performance, we have to leverage VM Storage Policies.

To be deployed in the vSAN cluster, the VM must be bound to a VM Storage Policy. This policy enables to configure per VM the following settings:

In vSAN environment, a storage object as a VMDK is ready when more than half of its components is alive (this is the quorum). With this statement, this means that in RAID 1 configuration, if I lose a replica, the VMDK is not ready (50% of components are down). It is not good for the high availability J. This is why VMware has introduced a witness system. The witness has a vote like the components. So the witness takes part in the quorum. The below schema presents a VMDK deployed in RAID 1 with FTT = 1. 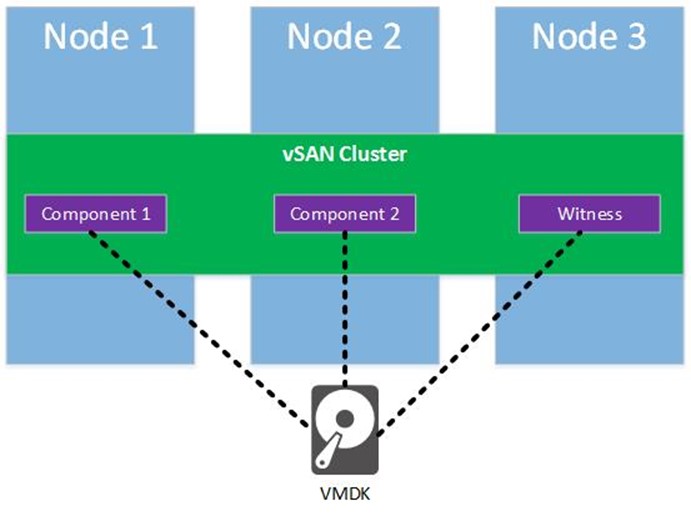 In this example, even if I lose a node, the VMDK is still ready. If I lose two nodes, the VMDK is not ready anymore. So the VMDK is resilient to one failure (FTT = 1). If I choose to set the FTT to 2, an additional component will be deployed. Each component’s size is equal to the VMDK size. This is why, more you increase the FTT, more the data consumption dedicated to resilience will be high. 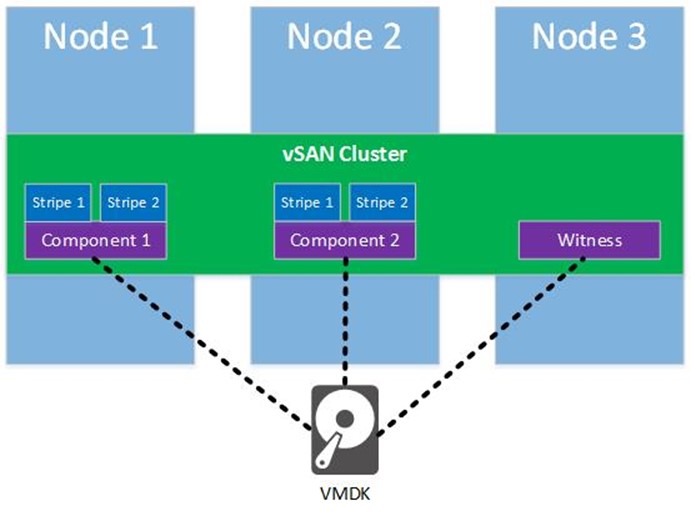 In the above example, I have 6 components and one witness. If I lose the node 1 or 2, I will have 3 components and the witness remaining (the majority). So the VMDK will be ready.

Now I’m implementing a VM Storage Policy with RAID 1, FTT = 2 and the number of stripes set to 2: 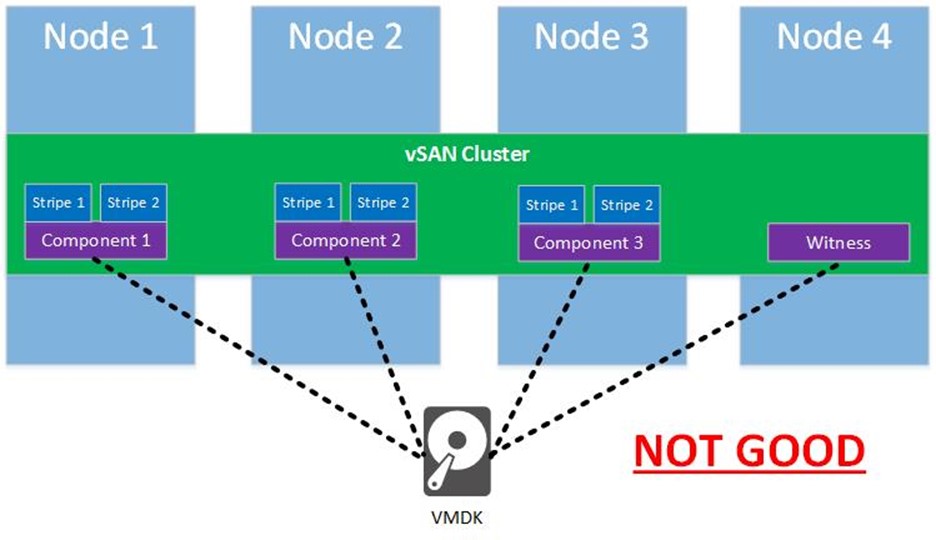 Despite I have added the fourth node in the vSAN cluster for the third replica (component 3), the above solution is not good. In this solution I have a total of 9 components. What happens if I lose Nodes 1 and Nodes 2? Just three components and the witness are remaining. So the quorum is not reached and the VMDK is not ready. Below, the schema introduces the right design for a RAID 1 with FTT = 2 and the number of stripes set to 2. And yes, you need 5 nodes to achieve this configuration.

Last time I have implemented a vSAN cluster composed of three nodes. Each node has four disks (one for flash, and three for HDD).

The default VM Storage policy is called Virtual SAN Default Storage Policy. But you are encouraged to create your own and not use this one. To create a VM Storage Policy, navigate to Policies and Profiles and click on VM Storage Policies. Next, click on the button circled in red in the below screenshot.

Then give a name to the VM Storage Policy. I have called mine Bronze VMs. 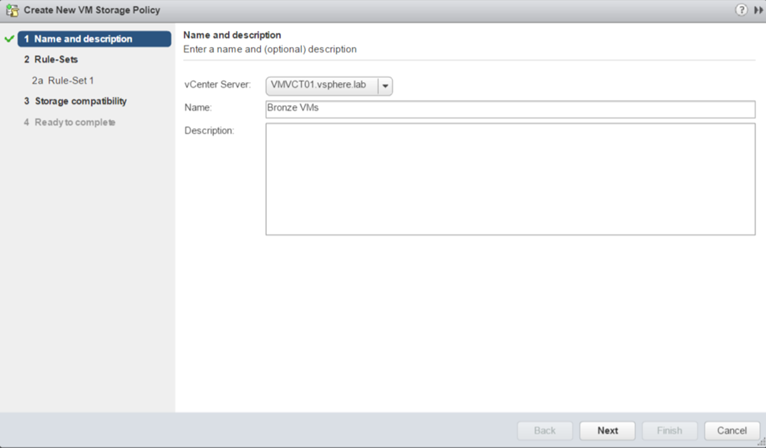 The below screenshot describes you that a VM Storage Policy can include multiple rule set to establish the storage requirements. 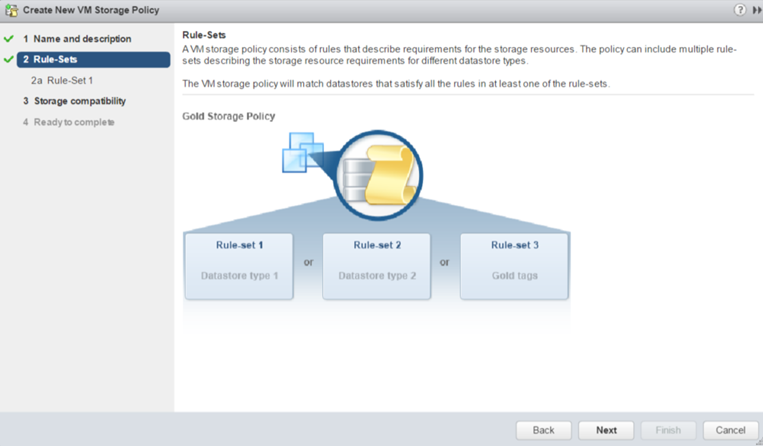 For this example, I set the failure tolerance method to RAID 1, the FTT to 1 and the number of disk stripes to 1 (this will deploy the same example described in the first schema of the last section). 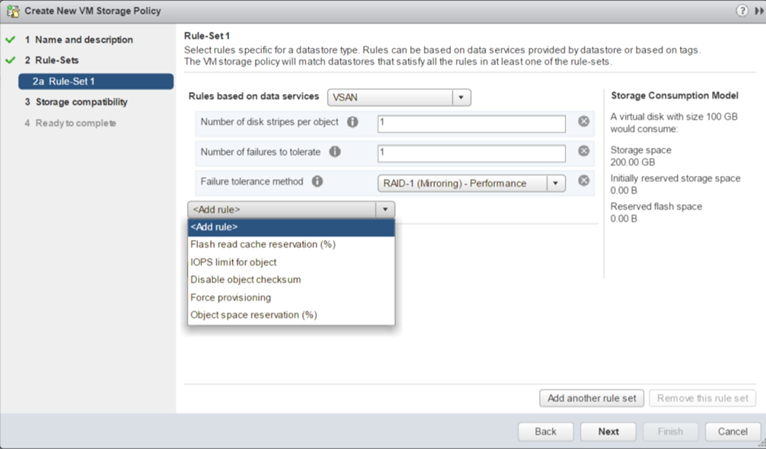 Then the wizard shows me the storage which are compatible with the VM storage policy. 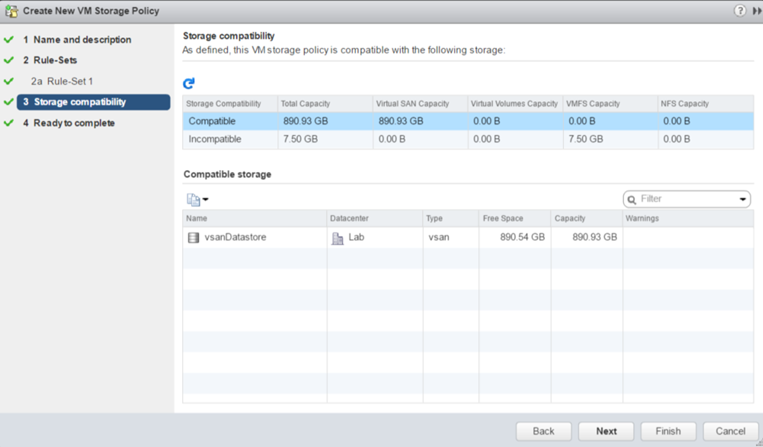 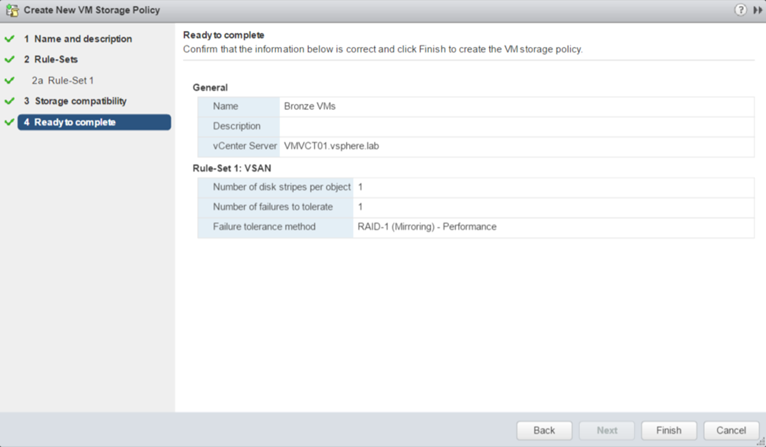 Deploy a VM in vSAN

Once the VM storage policy is created, you can deploy a VM. When you create the VM, select the vSAN cluster has shown in the below screenshot. 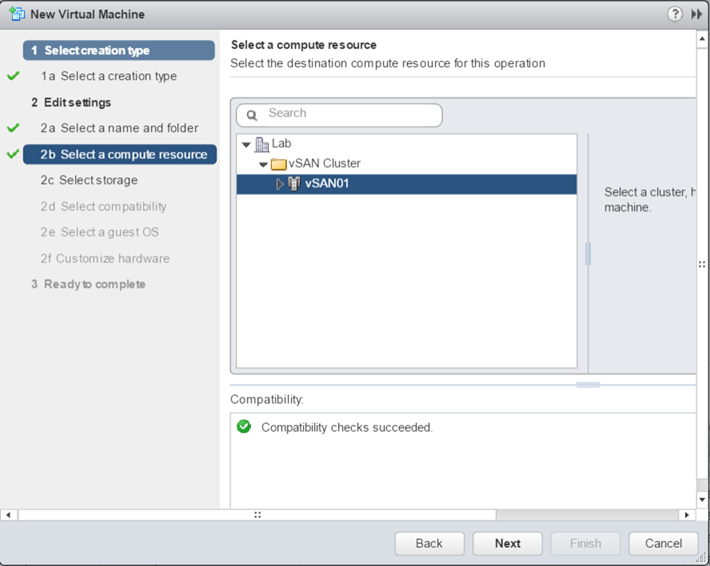 Then select the VM Storage policy and a compatible datastore as below. 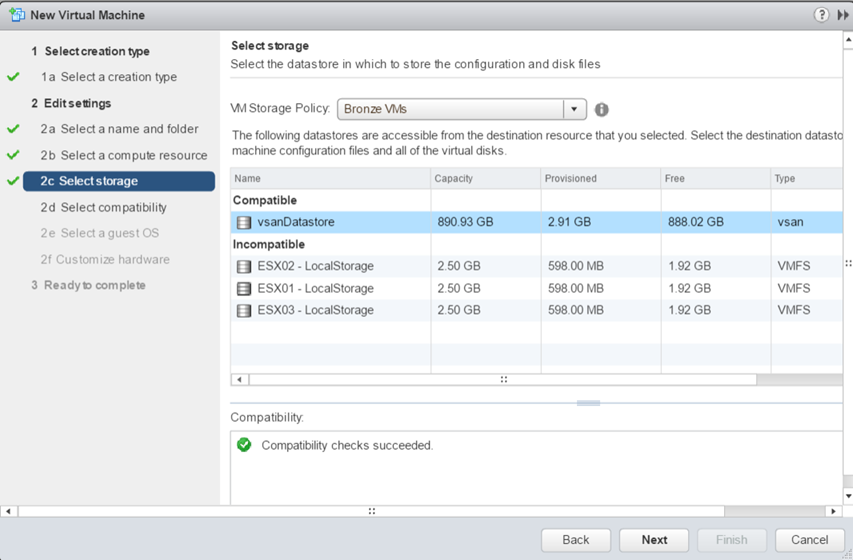 Once the VM is deployed, you can navigate to the VM, and Monitor. Then select Policies. As you can see below, I have two components spread across two nodes and one witness hosted in another node. 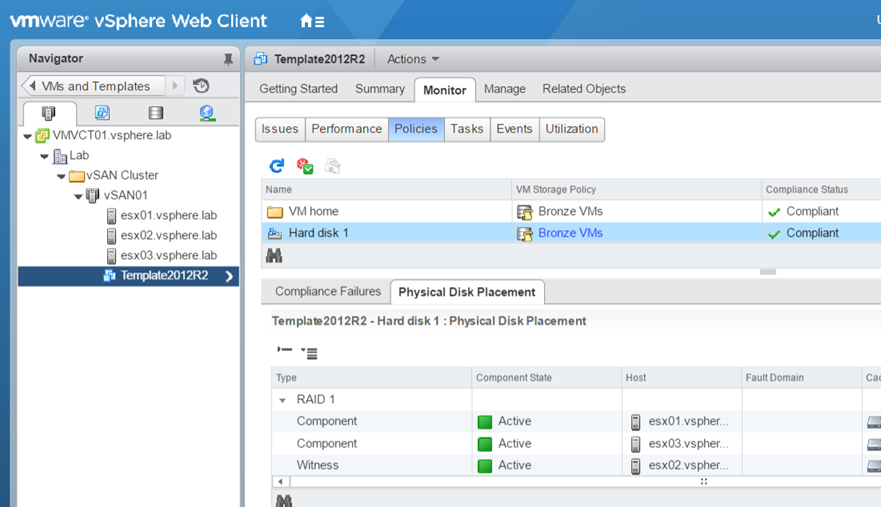 Previous: How to deploy a converged network with Windows Server 2016
Next: MVP Cloud and Datacenter Management 2016 award: Thank you!